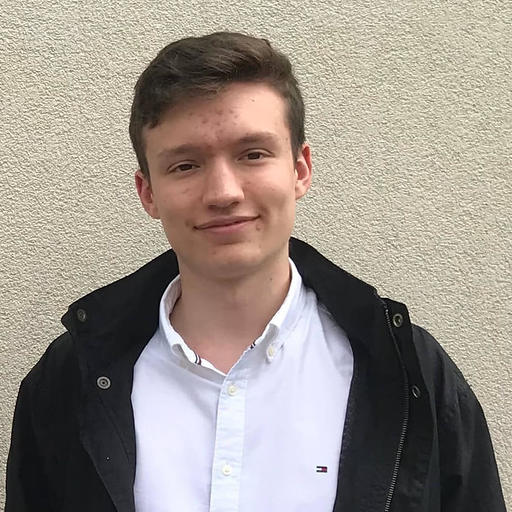 Minimalistic design is everywhere these days. But why? And what purpose does it serve? In today’s blog, we’ll look at the reasons why designers are simplifying and decluttering their designs.

How do you start your day?

Many of us just grab a cup of coffee and a sandwich somewhere along our daily commute.

But in this short period each day; usually spent rushing around, have you ever noticed how much information you’ve taken in? From our smartphones to TV ads to billboards - data is everywhere.

We could easily be overwhelmed, except that we’re so used to it. We consume and process incoming information nonstop, from the moment we wake up to when it's time for us to go to bed.

This is one of the primary reasons that simplicity in design has grown in popularity over the past few years. With such an overload of information in our day-to-day lives, we need designs that are easy to understand.

But what exactly is simplicity in design, or as it’s as it’s also known,minimalism? What else makes it so popular today?

In design, minimalism retains only the essential elements. For each element in your design, ask yourself a few key questions when following this design philosophy:

Answering these questions will help you identify how well your design conveys this principle.

What works here is that viewers quickly understand what they’re looking at because it’s plain and simple. There is no need to over-analyze; it’s straightforward.

All they need to know is right there in front of them in its most basic form.

It's important to note that even the simplest designs need powerful software. When you can focus only on the essentials, you can create better quality outputs with laptops for graphic designers. Never confuse simple with easy. Using laptops especially made for graphic designers will ensure that you create professional-grade designs.

One Concept per Page

More often than not, we need to communicate a large amount of information in a small amount of space. And when this is the case, a good rule to follow is that we discuss one concept per page.

If you’re designing as a minimalist, you won’t want to clutter a page with too many elements. As previously mentioned, you’ll want to accentuate only what's important.

Elements on a page can stay if they convey cohesiveness and work together towards a single goal. Keep the elements to a minimum though, or it will get messy fast.

Negative space scares many designers. They feel that without  a lot of activity  happening in the space, it will be uninteresting to others.

They're afraid of boring their viewers.

But in actuality, simplicity in design isn’t boring at all.

Negative space helps direct the viewer's attention. If there’s nothing else to look at, their gaze will naturally lock onto the subject of your piece.

Negative space helps your viewers breathe. A viewer can relax; there is nothing else to look at other than what they’re supposed to see.

Another awesome use for negative space is giving viewers the space to use their imagination.

Normally, space gives the impression of something missing. But smart designers know how to use negative space to complete their designs instead.

This little trick always gets the viewers to go “ooh.”

You can either learn this skill through years of experience or by taking expert training courses.
For designers who have been in the industry for a while, coming up with designs that use negative space has become second nature.
But for those of us who are just starting, we can learn a lot from those who know better.

Most designs that use the principle of simplistic design play with neutral colors. You'll see lots of greys and whites in these pieces.

A lot of designs also use earth tones that are easy on the eyes.

What's smart about the use of these neutral tones is that designers like to use striking colors to highlight their point. In a background that is full of neutral tones, the eyes will naturally navigate towards the more vivid colors.

Using these basic elements of color design, designers can achieve their goal of directing viewers’ attention exactly where they want it.

Typography is an underrated element of design and rarely receives the attention it deserves.
But experienced designers know to never underestimate the power of typography.
Typography sets the tone of your design. It gives life and personality to the information you're presenting to your viewers.
Subconsciously, it even establishes the value and tone of a brand.
A common pattern of typography used in minimalistic designs uses clean lines, sharp edges, and soft curves; conveying a clean and simple feel to the reader. This style typically uses sans-serif or slab fonts.
Decorative fonts can be visually stimulating, but unfortunately, if used too often, they’ll give a cluttered and overwhelming feel. Most minimalistic designs stay away from serif fonts, and if they do use them, it’s done sparingly.
The goal of minimalist typography is to give you enough space to read and to truly comprehend what you’re reading.

Most of us live very hectic and active lifestyles. We always have deadlines to keep and things we needed to do yesterday. There’s always something happening.

Common elements of minimalism include neutral tones, negative space, symmetry, and balance. When used together correctly, they invoke a sense of calmness and serenity.

Keep in mind that people aren’t always looking for stimulation--more often than not, they're already overstimulated!

People need a rest from all that stimuli.

Minimalism gives them a break while effectively communicating a message.

Of course, we’ve developed coping mechanisms to ward off stimulation overload. We have learned how to tune in to what we need at the moment and tune out and put aside information that we’ll need later.

As awesome as this sounds, it also has a downside. People have developed much shorter attention spans.

This presents a new challenge for designers - how to communicate meaning despite the short attention span of viewers. Minimalism makes achieving this goal easier.

Because minimalism focuses on breaking down all elements to their most basic form, it's easier for viewers to understand.

Using neutral tones as the background and striking colors for emphasis makes it easier for viewers to focus.

Using negative space directs the attention of the viewers to the subject of the design.

These elements work together to enable viewers to more quickly and easily digest the content and the message.

Many people underestimate the simplistic design philosophy. They think that just because it looks simple, it's easy to create.
But as we’ve detailed above, it’s quite the opposite.
Designers need to communicate a lot of information with only a few elements. It takes a purposeful and strategic focus to create minimalistic designs. Every element counts and speaks volumes.
Being able to help people understand a concept at a single glance takes skill and talent. Despite the complexity of the process, the outputs can be powerful.