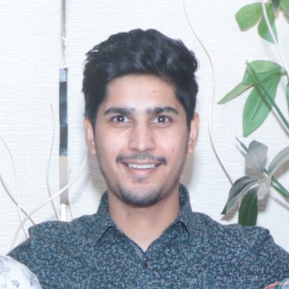 A Look At Who Made Apple’s Greatest Products Possible

Changing the world is a tough task. Of course, to be able to achieve such a feat, the incredible must be accomplished. Few men have been able to change the world as we know it.

Jony Ive is one of those Great Men. To designers, Ive is an icon.

The 19th century concept known as The Great Man Theory proposes that history can be largely explained by the impact of great men, or heroes, who are highly influential and unique individuals that, due to their natural attributes of superior intellect, courage, or inspiration, have a decisive historical effect.

Sir Johnathan Ive is credited significant with making Apple's most iconic products like the iMac, iPod, iPhone and iPad. He was behind the fundamental beauty and sophistication behind the design philosophy that captured millions of hearts across the world.

Shying away from public view, being largely introverted and choosing to reject the norms of being a revered public figure is not what is typically associated with people of his stature. But it's perhaps because he let his work do the talking.

Leading excellence in design at Apple

After Steve Jobs’ death in 2011, Jony Ive became the most important person at Apple. People closer to the matter argued that he always was.

Jony Ive, without a shadow of a doubt, became the most influential designer in the world during his time at Apple. Over 1.4 Billion people across this planet use Apple products actively today.  That could also include you as you read this! It is mind-blowing to realize that, without Ive, each and every one of those devices would not be possible.

At the helm of perhaps “technology’s most-watched design team” ever, Ive revolutionized the way things were done. His impact not only permeated through Apple’s design work, but also was evident as a result of an entire paradigm shift within the culture at Apple. Naturally, his announcement regarding the decision to leave Apple in mid-2019, after close to 30 years at Apple, subsequently led to some suggesting it as “marking the end of the hardware era at Apple”.

But it wasn’t always rainbows and sunshine. When Ive joined Apple in 1992, 7 years after Steve Jobs’ infamous departure and 5 years before his return to the helm as CEO in 1997, the company was struggling.

The 20th Anniversary Mac and the newer iterations of Newton MessagePads marked the period which is remembered by products that were unable to live up to their hype. With Jobs’ return came a more focussed vision and thoroughly selected product-lines, meaning the end of the Newton. Apple needed something that generated buzz, something that got people excited again.

Rejuvenating Apple as a Brand

That’s where the iMac came in. Ive designed the iMac in a manner that it truly was a standout product with its colorful aesthetic. Going where no other computer manufacturing companies had ventured, by leaving behind the traditional look and beige packaging, Jony Ive work was symbolic of Apple’ rebirth and reemergence as a relevant market player. Evidently, the iMac sold several million units, enabling Apple to crawl out of the financial corner they were in.

This was Jony Ive’s first major contribution to Apple through his design work. His other notable works that came later were even more groundbreaking. For instance, the circular click-wheel iPod with the white earphones in 2001 set Apple apart in the eyes of consumers. This design-thinking philosophy is evident even today as the newest white wireless Airpods have become an phenomenon and online sensation. Just like most Apple products today, they are a status symbol.

I've significantly influenced the way things were done inside Apple as well aside from his remarkable achievements that are visible to the outside world.

Shaping Apple from the inside

Wouldn’t you love it if you're opinions were valued just a little bit more at work? If your department became the trend-setters rather than the followers?

That’s exactly what Jony Ive helped accomplish at Apple. The internal culture at Apple was heavily in favor of the engineers. Jony Ive, alongside Robert Brunner who was Jony Ive’s predecessor as the Director of Industrial Design, recognized this. This tilt or skewness inside the organisation meant that the engineers within product groups had the ball in their court. The product teams sent the product they were working on over to the design team who were expected to merely “skin” them rather than be involved in the shaping of the product both aesthetically and practically.

To tackle this, Robert Brunner took a strategic step with Jony Ive’s contributions. This step was the “parallel design investigations.” What this meant was taking a slight step back and doing longer-term thinking about design language, implementation of future technologies, and mobility.

For every product that needed a “skin” from the design team, several of these design investigations would be launched in order to get ahead of the curve and have ammunition in the fight to regain more decision making power internally. The Juggernaut project with Jony Ive at Tangerine was one such example. These projects also enabled Apple to work with design talent that wasn’t on Apple’s payroll. Apple began benefiting from their competence in a freelancing capacity.

Additionally, an expensive motivational tool came into play as well. To bring more attention to the talented designers and praise them for their work, every month Brunner ran ads on the cover of I.D magazine.

Overtime, these deliberate strategic actions enabled Apple to become what it is today; a design-drive company as opposed to a marketing or engineering one. To this very day, Apple still employs the same framework. Working slightly separately from the product groups, forming synergies with independent agencies, acknowledging their standout designers, allowing a more collaborative workflow with a consultant-esque input still remains. The model worked. And it worked brilliantly.

Our team behind the all-in-one vector-based graphic design software Vectornator is in many ways inspired by these ideas and tries to incorporate them whenever possible, like many teams across the world.

Jony Ive’s last project came with immense responsibility, Apple Park, the world HQ of Apple. Ive was Apple's immediate choice to design the new headquarters project, the idea for which was conceived by Jobs and Jony Ive, designing every detail, from the glass panels to the elevator buttons.

All eyes will now be on Jony Ive’s LoveFrom Jony. He has now moved on to his own design agency. Apple will be a client of Ive’s new design company, which the designer started with his long-time friend Marc Newson. “We will continue to benefit from Jony’s talents by working directly with him on exclusive projects, and through the ongoing work of the brilliant and passionate design team he has built,” said Apple CEO Tim Cook when the departure was officially announced.

The world and Apple will surely feel his absence. Ive and Newson have a long history of collaborations that include the Apple Watch. Hopefully at LoveFrom Jony, we’ll finally see what a futuristic Apple auto design could be like amongst other innovative concepts.

Let’s see what they have in store for us!

Please feel free to ask questions, give feedback, and share your ideas with us! We are always happy to connect with members of our community.

If you enjoy using Vectornator, please rate the App and share your review. Thank you for being part of our community! ❤️