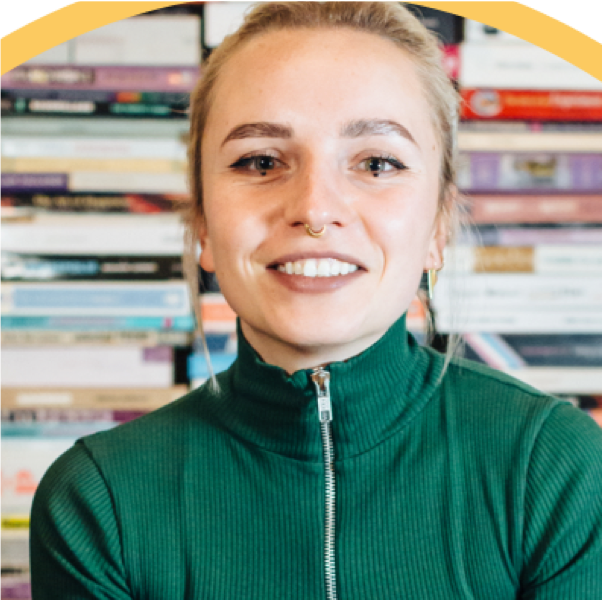 What is generative design?

And how far can it take us?

Generative design is a design process that uses AI to create a wide range of solutions and ideas for complex problems. But does that mean people are no longer needed to design?

Will AI take over the design world as we know it? Let’s find out.

Generative design is widely considered the next frontier in computer-aided-design.

It harnesses the power of AI to develop high-performance and highly sophisticated design iterations that help solve complex challenges, like reducing component weight, or optimizing performance, and scaling customization.

At first glance, it might seem like generative design is only used by engineers. It isn’t. Artificial intelligence in design is a force that has taken many facets of the creation process by storm.

But don’t worry, no need to get Matrix PTSD, and you don’t need to feel like machine learning is taking over our hard-earned jobs as designers. We’ll explain to you what generative design is, where it can be applied, and (sigh of relief) what are its downfalls.

Where can I apply it?

Constraints is a keyword here.

To help you better understand why, think of this. Let’s say we want to design a stadium. You have two fighting principles. You want to get lots of people into your stadium, but you also want all of them to have a good view of the game.

Instead of reinventing the Colosseum and wracking your brain trying to design something that fits, there is a very straightforward mathematical formula one can use in order to quantify the quality of the view, which can then be put in relation or opposition with the size of the stadium.

So with the generative system in place, you can put those two principles at work to find a solution to that problem in a way that people may have not seen or thought of before.

If you’re asking yourself ‘when will I ever design a stadium?’, let’s look at a more pragmatic example. Say you want to tile a countertop that has a pretty irregular shape and you want to figure out what size the tiles should be in order to minimize the amount of waste. That’s where generative design can help.

Everything is better in 3D

These models are oftentimes impossible to fabricate with conventional manufacturing technologies such as injection molding. But 3D printing opened this door wide.

If you think about it, generative design and 3D modeling are a match made in heaven. The PB&J of engineering. Generative design provides the 3D industry with a fast and flexible means of producing three-dimensional, high-resolution models of multiple design iterations for a cost-effective final product.

So what are the benefits, again?

For one, we have simultaneous exploration.

Generative design allows the simultaneous exploration, validation, and comparison of thousands of design options. These are then compared by the AI during the first stage, and then the engineer or designer makes the final selection.

Then, of course, we have the accelerated design timeline. Sometimes traditional design can be like a game of battleship. You might try H3, and you might get a hit or a miss. And then you try again. With generative design, you can evaluate all the choices at once. Companies can use generative design to gain a competitive advantage in accelerating products to market.

Another competitive edge is the way that generative design can leverage 3D printing, which comes with dozens of benefits on its own.

Will AI replace me as a designer?

First of all, you need to understand that generative design is not brand-spanking new. People have been peddling generative design as far back as the ‘90s. But it never had the clout it has today. So the simple answer to the question is ‘no.’

Without a doubt, generative design seems like an enticing option. Rather than having a designer laboriously create a handful of concepts, you can use an algorithm to quickly generate thousands of options and ask the designer to pick the best. The designer shifts from being the creator to becoming the editor. What’s not to like? Well, there are a few problems, actually . . .

When using generative design, there is no pre-built algorithm for generating all the design options. The designers will have to create their own system. From scratch. Which is not a small feat.

Also, quantity does not mean quality. Generative designs generate thousands of different options. While it’s celebrated like it’s a virtue, there is a downfall: the algorithms can’t really tell good ideas from bad unless you tell them what is good or bad.

Comparing the many, many options the system renders is yet another challenge. It takes a very skilled person to do so; and to further complicate things, humans hate having too many choices. We are facing the ‘paradox of choice’ here: more choices give us more opportunities to make the wrong decision, which is something we fear.

To top it all off, let’s face it - designers (and people in general) don’t work like this. Generative design boils down the design process into three steps: briefing, ideation, and deciding. This is a gross simplification of what creatives actually do. Designers do not follow a linear process, and design is actually messy. Don’t we know it!

Truth be told there is little knowledge about design as a cognitive process, but one thing is for certain. Technology is not here to replace us and probably never will.

Can generative design get jiggy with it?

Now that we’ve understood there is nothing to fear, let’s have a look at some unexpected examples of generative design that will make you fall in love with it. Or at least like it as a friend.

Here is an example of a digital painting created by Paris-based collective Obvious with the help of artificial intelligence. Can you guess how much it sold for? If you guessed half a million, you are right! It sold for a whopping $432,000. Obvious created the work using generative design and input information from 15,000 portraits. You can literally see the design process of the AI. Cool, right?

Another example is a set of marble vases and tables created by Iraqi-born designer Layth Mahdi using generative design. To top it all off, they were even built by robots.

Here is a collection of 3D-printed accessories by Alessandro Zomparelli, who claims that using computer algorithms in design is like "sculpting with a new material."

Generative design is fascinating, at a minimum. But realistically, it is also vital for many industries and design applications. We see it trickling into a wider and wider range of uses as it’s becoming more accessible to designers. Generative design does require a shift in conceptualizing, but once you see it as a way to better the workflow between human and machine, the possibilities are endless.

Now, we're curious to know what you guys think. Is generative design a necessity, or is it taking us one step further to a dystopian design world where AIs do the job for us? Would you want to use generative design in your work? Let us know in the comments below.