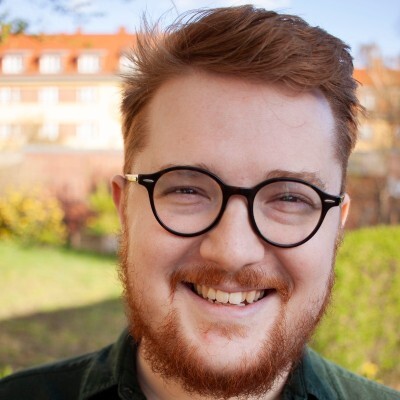 Examining the Fonts We Love to Hate

There are certain fonts that designers “love to hate”. Do Papyrus or Comic Sans deserve their infamous reputation?

Not all fonts are created equal.

Fonts and typefaces are a core pillar of graphic design. Some are beloved and used almost everywhere you look, like Helvetica or Garamond. Some are ubiquitous due to their inclusion in programs like Google Docs or Microsoft Word, like Arial or Times New Roman.

But others have the dubious honor of being almost universally mocked for being so terrible.

If you’re involved in the design world, you’ve probably encountered some of these more notoriously bad fonts, like Papyrus, Impact, and of course, Comic Sans.

But why do these fonts exist? And if they’re so bad, why do people keep using them? Today, we’re going to take a look at some of the most hated fonts in the design world. We’ll talk about where they came from, why they exist, and whether or not they deserve their bad reputation.

Papyrus is a roman-style typeface that merges a highly traditional title font look with a hand-crafted calligraphic style. It’s known for its use in book titles, posters, signs, and other places where the type will be large and highly visible.

Whether through the fault of the font itself or from its overuse in poorly-designed small business logos, Papyrus has a reputation for being tacky, cliche, and cheap-looking.

Which makes it completely hilarious when it’s used in projects that should know better - like the title for James Cameron’s Avatar, which doesn’t precisely use the Papyrus font, but it’s close enough to notice the correlation.

If you haven’t seen the SNL skit about this yet, you need to:

Papyrus was created in 1983 by designer and illustrator Chris Costello. He was just 23 when he developed the font during his free time while working at an advertising agency.

His original inspiration for the typeface came from reading the Bible and imagining ancient texts being written in English using classical Latin characters. Over the course of several days, he sketched out various ideas and concepts for alphabets and glyphs that looked old and weathered.

Once he had developed a cohesive alphabet of letters, he began submitting the font to type foundries, all of which rejected it except a small British foundry called Letraset. After a few changes, he sold them the font for just £750, which would be worth around $2500 today.

The font remained relatively obscure until it was picked up by Microsoft as one of the base fonts for MS Publisher for MS Office 97. Ever since then, it’s been a Microsoft office staple. It was also picked up as a base font in 2003 by Mac OS, which cemented its place in the public design zeitgeist.

Now while the other fonts on this list have some legitimately redeeming qualities, I think Papyrus deserves most of the ridicule it gets. To be fair, much of its misuse has been the result of inexperienced designers picking the font because it looks visually interesting, without considering whether it is right for their design.

Papyrus was designed to be used sparingly, and only at a small font size. When it’s blown up to large proportions, the font looks strange - but it was never meant for this purpose.

However, this hasn’t prevented people from misusing it; which is how we got to the current situation - where most people react to it with dismay and ridicule, myself included.

The next font on our list is very well-known, but doesn’t have quite the same notoriety as Papyrus or Comic Sans. However, it is one of the most ubiquitous fonts on the internet due to its place as a core font for web design.

Impact has been around since 1965, when designer Geoffrey Lee developed it for the Stephenson Blake Foundry. It was originally designed as a metal typeface, designed to be used in the layout of posters and other advertisements where the title needed to make a big impact (hence the name).

The Impact font shares many design sensibilities with other elements of the 1960’s. Following the second World War, design in the United States made a hard shift towards the Swiss style of graphic design, favoring clean lines and sans-serif fonts like Helvetica. Impact clearly takes this design idea as a base, but then breaks the boundaries of it to create a typeface that is bombastic and intense.

Interestingly, Impact did not see widespread use until 1992, when Microsoft released it as a digital font in the base version of Windows. It rose sharply in popularity, and was selected as part of the list of core fonts for web design in 1996, turning it into one of the most recognizable fonts in common use today.

One of Impact’s most iconic uses in the modern day has been its use in memes.

Developers programmed their meme generators’ macros to use Impact because it was a highly readable font that was almost guaranteed to be available on every computer. Typically, these meme generators  create the text as a white Impact font with a black contour around it, ensuring its readability regardless of the background image.

Unfortunately, Impact’s ubiquitous use in memes has diminished its ability to be taken seriously. It’s still a useful font in some contexts, but using it might give your design project a more ironic tone than you’re intending.

Finally, we come to the big one: The king of the bad fonts, Comic Sans.

You’ve almost certainly read an article or heard someone rant about how much they hate Comic Sans. If you ask a designer to use Comic Sans in a project, they might explode.

The infamous font was designed in 1995 by Vincent Connare, who was working for Microsoft as a typographer at the time.

He initially designed the font for a digital dog named Rover (Microsoft's computer helper before Clippy). Rover was part of the Microsoft BOB program, and used speech bubbles to help kids understand how to use a computer. He originally spoke using the Times New Roman font, which Connare felt was a bit too formal for a dog talking to children.

Connare’s inspiration for his new font was comic strips, which used some similar design principles (sans-serif, disconnected lettering) to create an easy-to-read font that felt whimsical, casual, and light-hearted.

In 1995, Comic Sans was released as a Windows 95 system font, and people began using it in the wrong contexts almost immediately. The font was never meant to be taken seriously. It was designed to be playful and informal, and most of the backlash it has garnered is the result of people using it in a professional situation, where it looks completely ridiculous.

However, Comic Sans has found a different niche use in recent years: Due to its design, it’s really good for teaching people how to read.

Each letter in Comic Sans is irregular and unique, meaning that none of the letters are mirror images of one another (like “d” and “b” in most fonts). Interestingly, this irregularity actually increases reading retention for most people. Because your brain is having to work a bit harder to differentiate the letters, your comprehension of the material you’re reading increases. For this reason, studies have shown that Comic Sans is a great font for teaching children how to read.

It’s also a great font for people with dyslexia. The irregular letters are easier to tell apart from one another and don’t get visually mixed-up as easily. Comic Sans is listed by several national dyslexia associations as a recommended font.

So despite its reputation as the most notorious of the bad fonts, Comic Sans perhaps doesn’t deserve as much hate as it gets, as long as it’s being used in an appropriate or useful context.

All of these “bad fonts” have their uses when used in the proper situation (some more than others). If you’d like to use some of these fonts (or find a better one) in your own designs, try out Fontinator! It integrates seamlessly with Vectornator so you can use all of your favorite fonts in your graphic design projects.

Remember - just because a font has a bad reputation doesn’t mean it’s useless.